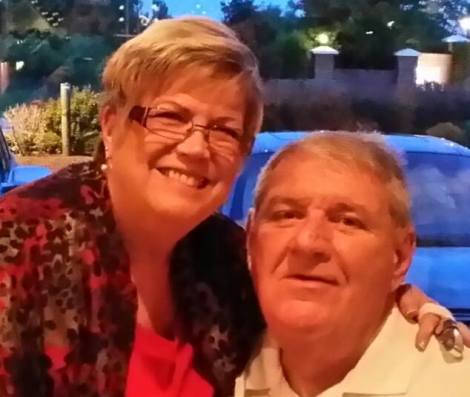 There is more difference within the sexes than between them.

The following was received via email

The Author is Unknown

A woman arrived at the Gates of Heaven. While she was waiting for Saint Peter to greet her, she peeked through the gates. She saw a beautiful banquet table. Sitting all around were her parents and all the other people she had loved and who had died before her.

They saw her and began calling greetings to her. “Hello – How are you! We’ve been waiting for you! Good to see you.”

When Saint Peter came by, the woman said to him, “This is such a wonderful place! How do I get in?”

“You have to spell a word,” Saint Peter told her. “Which word?” the woman asked.

The woman correctly spelled ‘Love’, and Saint Peter welcomed her into Heaven.

About a year later, Saint Peter came to the woman and asked her to watch the Gates of Heaven for him that day.

While the woman was guarding the Gates of Heaven, her husband arrived.

I’m surprised to see you,” the woman said. “How have you been?”

“Oh, I’ve been doing pretty well since you died,” her husband told her.

“I married the beautiful young nurse who took care of you while you were ill. And then I won the multi-state lottery. I sold the little house you and I lived in and bought a huge mansion. And my wife and I traveled all around the world. We were on vacation in Cancun and I went water skiing today. I fell and hit my head, and here I am. What a bummer! How do I get in?”

“You have to spell a word,” the woman told him.

“Which word?” her husband asked.

Moral of the story:

Never make a woman angry… There will be Hell to pay Later!

I am a women and in case you never noticed, the adage “Women are from Venus and Men are from Mars” is one of the most accurate descriptions to explain the differences in not just the emotional psyche but mental and perceptual capacities that exist between the sexes. We are as different as night and day. I use Dan and me as case in point. Dan is a big picture guy. Most men are. He notices only huge differences in things and then, only when they come over and jump on his head. Me, on the other hand, I notice the smallest change or alteration in something. And even when that change is but the faintest whiff of a promise of what is to come, I still seem to somehow, intuitively sense that something different is on the horizon. So now I must wonder whether “Mars” and “Venus” can both view matters of faith the same way?

Women by their very essence as the more empathetic and sensitive of the sexes might seem to have a greater capacity for faith than their male counterpart. However, if you embrace the literal approach to the things the Bible states, women were always relegated to a more subservient place, not just within the family, but within the way faith was practiced. Women, except for a select few matriarchs, were rarely mentioned by name in the Bible. And the covenant formed between God and the Israelites, which bound both men and women in its intent, required that men act to assure that the members of his household (wives, children, and slaves) uphold it principles. In other words, women were bound to obey, but only indirectly.

If there is one absolute that history has taught us, it is that things are constantly evolving. And if there can be anything discerned about life views today, it must be the eradication of sexual distinctions that have occurred during the gender revolution of the last 75 years. And I embrace the view that, while God created men and women differently, in reality, He created us as equals with a few gender defined differences such as childbearing. I believe men and women are equal in intelligence, dignity and worth, and as such, are both full members of the body of Christ, and with all that entails. And as such, we all must, each sex, grow in our faith, and use our gifts of spirituality to the best of our abilities, for the betterment of humankind!

Then God said, “Let us   make mankind   in our image,   in our likeness, so that they may rule   over the fish in the sea and the birds in the sky,   over the livestock and all the wild animals, and over all the creatures that move along the ground.”

God blessed them and said to them,“Be fruitful and increase in number;  fill the earth  and subdue it. Rule over  the fish in the sea and the birds in the sky and over every living creature that moves on the ground. ”